In today’s economy, layoffs are a complicated yet frequent occurrence. For the employer, careful planning and flawless implementation are required to prevent erosion of the business, as well as the organization’s standing in the community. For displaced employees, high levels of unemployment leave many feeling that they have few options for alternative employment or that their careers have been derailed.? For remaining employees, uncertainty levels can rise significantly and productivity levels may decline considerably. The bottom line: these situations can leave many individuals, whether leaving or staying, with a sense of frustration, fear, and anxiety.

Our career consultants, experienced in virtually every industry, provide transition participants with the type of support that helps them ease their anxieties and gain a better foothold on their next role or career path. Also, with the best consultant-participant ratio in the field, participants receive one-on-one, face-to-face assistance ensuring their programs are personalized to their specific situation. Additional resources, such as our proprietary online career portal offer participants 24/7 access to training modules and multiple tools for job search assistance, personal branding, resume writing, company intelligence database searches, networking, and more. On top of our outplacement solutions delivery program, we also offer some EXTRAS.

So just what is our “EXTRA” Guarantee?

WHY CHOOSE US OUR CAREER OUTPLACEMENT PROGRAM?

We have provided outplacement support for several Fortune 500 and international companies including Cincinnati Bell, US Cellular, Wieland Electric, Baxano Surgical (TranS1), Graham Packaging, Royal Canin, The North Carolina Ports Authority, Hospira, Inc. and CVS Caremark. Laying off workers is never easy. It’s one of the most dreaded functions of HR, and often, it doesn’t go well, resulting in angry people left without a job and skeptical people left with more work to do. Much of that can be avoided with some planning and emphasis on treating those exiting with dignity and respect. There are several key factors to consider when it comes to the off-boarding process and the desired outcome for outplacement services. Losing a job is a devastating experience for employees, and this type of life-changing event evokes a spectrum of negative feelings and emotions.

Transitioning employees should not be overlooked as employees no matter if they are staying with an organization or exiting it, they are brand ambassadors for the company.

Recognize the importance of a positive employer brand.

All employees, past or present, help perpetuate an organization’s employer brand, and the image that companies project is correlated with the level of talent they are able to attract. In order to successfully brand themselves as an employer of choice, companies need to show their employees that they value them, even, and perhaps especially, when they are letting them go. Offering a severance package and career transition services to exiting employees sends a clear and definitive message that every individual is valued as an employee, even though their tenure with the company is coming to an end. Treating staff with dignity and respect during this significant transition helps ensure that displaced employees project a more positive image about the company as a whole.

Reinforce the fact that downsizing is not linked to job performance.

During corporate downsizing, impacted individuals most times are let go due to restructuring, not performance. If employees understand that being let go is not a reflection of their own performance, they will not be as likely to cast the organization in a negative light. Building and communicating the business case for the downsizing or reorganization is a critical component of this process.

Recognize the potential for rehiring talent in the future.

Given the cyclical nature of the workforce, opportunities may arise in the future to rehire talent. From a talent acquisition perspective, a downsized employee could be the strongest candidate to fill a position. On-boarding a former employee costs comparatively less than hiring a new candidate altogether. When companies offer a more robust career transition program, it can evoke more positive feelings and a consistent employer brand message, increasing the likelihood of employees returning to the company because they feel valued there.

In the past, laid-off employees had a very small platform to broadcast their frustrations and feelings about the company letting them go. Social media outlets like Glassdoor are specifically designed to consolidate employee feedback, and negative comments about employers can be disseminated to a much broader audience around the globe. When career transition programs help individuals adjust during times of change, it often results in more positive and consistent employer brand messaging.

In order for outplacement or career transition strategies to be most effective, the approach should be integrated into the company’s overall HR strategy. As transitioning employees network to land new jobs, it is inevitable that the employees’ former company name will come up in the discussion. If career transition services are integrated into the overall HR strategy, it helps promote a more positive outlook on the situation. The way a company treats and supports its employees during the exit process holds significant importance. If companies want to remain competitive in recruiting top talent, they need to be proactive about their employer brand. It is critical to remember that downsized employees continue to serve as employer brand ambassadors well after their tenure ends.

The major influencers on the client company’s choice to purchase our outplacement services are:

66% of surveyed employers feel outplacement support improves morale, motivation, and productivity during times of change for current employees not affected directly by a layoff. Recent research shows that there is a correlation between declines in work performance and the negative climate produced by layoffs, often referred to as “layoff survivor syndrome”. Layoffs not only create stress for workers who are laid off, but also for those co-workers who remain behind (Sirota Survey Intelligence).

When a company wants to rehire a previous employee back, they need to make sure there’s no bad taste in his or her mouth. 25% of employees returned to their old jobs, while 33% would consider returning (Enterprise Rent-A-Car and YouGov surveys). 65% of surveyed employers agree that providing outplacement support for exiting staff helps retain remaining staff. Two more surveys showed that 38% of employers have indicated they anticipate some type of recall of cut workers (Department of Labor) and that 18% of laid-off workers who landed new positions were rehired by the employer that let them go, up from 13% in 2009. A positive for boomerang hiring is that it will include savings for the employer on recruiting and training costs, enhanced benefit from maintaining former associations between customers and employees, and the fact that the rehired employee doesn’t need an introduction to his or her colleagues.

78% of surveyed employers feel that providing outplacement could improve the organization’s reputation.

Providing outplacement support can boost your overall ratings in the media and investors.

The support an employee receives can in turn create opportunities to receive employment faster, which will take the employee off unemployment insurance being paid for by the company.

55% of the surveyed employers believe that outplacement can help the organization be seen as an employer of choice.

9% of employers believe that providing outplacement reduces their legal liability. Employees feel better about their employer if they are given assistance during their transition, which reduces the risk of termination lawsuits (SHRM). Types of lawsuits that can be avoided: “Unfair Dismissal”, “Anti-Discrimination”, “Age Discrimination in Employment”, “Wages and Hours”, “Employment Discrimination”

5% of those HR personnel surveyed said that unions or other organized associations are now mandating this as apart of a severance package (SHRM).

66% of over 1,200 HR executives in North America said outplacement reduces stress on managers implementing organizational changes, again, making their jobs easier (SHRM). It also minimizes the level of discomfort for both the displaced employee and the company. Since the economy took the plunge, more than 50% of managers have reported stress related symptoms (U.S.’s EAP company, ComPsych). Leon Grunberg, a sociologist at the University of Puget Sound who conducted a long-term job stress study among managers, reported that managers were reporting stress symptoms up to 3 years after layoffs took place.

We incorporate the use of social media and web 2.0 tools in all programs.

14% of those HR Professionals surveyed say they offer outplacement services to comply with layoff legislation (SHRM). Currently, there are states passing laws improving employee protections. Many business leaders are tracking the long list of potential labor-friendly (aka “business-hostile”) initiatives and litigation trends, including: an expected increase in audit and enforcement activity by the U.S. Labor Department, the Equal Employment Opportunity Commission, and other state and federal agencies brought about by increased funding; proposals for mandatory paid medical leave and required health and welfare benefits; more equal pay discrimination claims based on the recently passed Lilly Ledbetter Fair Pay Act; a seemingly endless uptick in individual and class-action lawsuits, as millions of laid-off employees explore their options with emboldened plaintiff attorneys; and the resurgence of organized labor in the private sector, regardless of the final form of the Employee Free Choice Act (Newsweek). An additional law is the WARN Act (Worker Adjustment and Retraining Notification) which offers protection to workers, their families and communities by requiring employers to provide notice 60 days in advance of covered plant closings and covered mass layoffs. This notice must be provided to either affected workers or their representatives (i.e., a labor union); to the State dislocated worker unit; and to the appropriate unit of local government. WARN applies to businesses with at least 100 workers. Notices are required for layoffs of 50 or more employees at one “employment site” within a 30-day period if those employees represent one-third of the work force. WARN is also required for any layoff of 500 or more workers. An employer that has violated the act is liable to the affected employees for back pay and benefits for the period of the violation, generally 60 days. An employee can bring a lawsuit in federal court and, in recent years, some employees have brought class actions under the WARN Act. Another law being proposed is the Forewarn Act (Federal Oversight, Reform and Enforcement of the WARN Act) and it is strengthening current federal law due to the massive increase in layoffs. The proposed 2007 Forewarn Act may receive increased attention and move along more quickly to become an actual law. It currently is in the first step of the legislative process. The Forewarn Act would strengthen the employee notification process of mass layoffs or plant closing and add tools to enforce the current Warn Act (Worker Adjustment and Retraining Notification) which came into law in 1988. Unfortunately, few employers are abiding by the Warn Act. According the the Government Accountability Office, only 1/3 of employers are providing this notification. The Forewarn Act would give the U.S. Department of Labor (DOL) and state attorneys general the authority to enforce the Warn Act.

According to Wiki, 𝘐𝘬𝘪𝘨𝘢𝘪 is a Japanese concept referring to having a direction or purpose in life, providing a sense of fulfillment and towards which the person may take actions, giving them satisfaction and a sense of meaning. This means, can you find ...

Matt, Wanted to let you know I received a job offer last week from the company I was interviewing with. I’ll be working in Business Development for SYNNEX Corporation. Ranked #169 on the Forbes 200 list! Thanks again for the help with the resume. Hope you enjoyed your holidays!

I really love what you’ve done.

I’ve had the chance to review the documents and I really love what you’ve done. Thank you!! This all looks great. Thanks again!

I start a new job on Monday!

We've worked with a wide range of organizations: 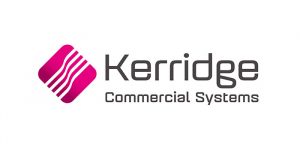 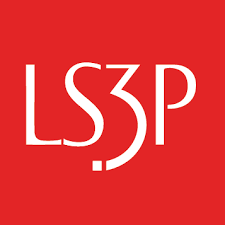 Your next career opportunity is just around the corner, contact us to make sure you're ready to meet it head-on!