HomeCompany News Film Scenes That time I was in a Colin Firth movie, 𝘈𝘳𝘵𝘩𝘶𝘳 𝘕𝘦𝘸𝘮𝘢𝘯

That time I was in a Colin Firth movie, 𝘈𝘳𝘵𝘩𝘶𝘳 𝘕𝘦𝘸𝘮𝘢𝘯

That time I was in a Colin Firth movie, 𝘈𝘳𝘵𝘩𝘶𝘳 𝘕𝘦𝘸𝘮𝘢𝘯. 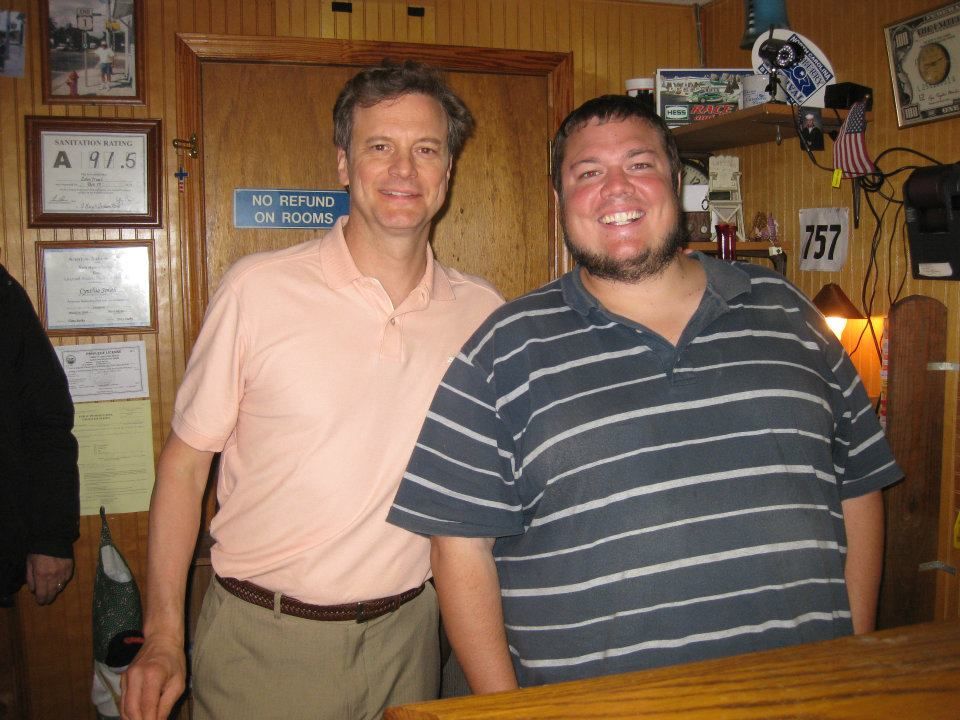 𝗙𝘂𝗻 𝗳𝗮𝗰𝘁: I arrived on set for an 8 PM call time. I had my own honey wagon and literally self-medicated with a 6-pack (I was battling anxiety bad those days, like really bad) while I waited for my scene to shoot. The scene was being shot at some dumpy and dated Carolina Beach hotel…at 3 AM in the morning. Also, funny side note, the owner (or manager) of the hotel lived in 1A. And guess where holding was for the scene? Ole’ room 1A. Where did I sit while I waited for Colin Firth to come join me? The owner’s couch. And this place was filthy. So Colin enters, greets me, we shake hands with some minimal dialogue at first. Then, he just plops down laying on the couch like he lived there. This guy’s worth a billion dollars and he’s like, “this couch looks comfy.” And we went on to chatted up my career, his career, his children, the British Office show versus the American version. He ended up being super cool and approachable. Such a fun gig.

I “act” whenever I land a gig off an audition. My agent hooks up a ton of auditions, so you never know when the powers that be will help nudge those fine production folks and casting directors into choosing me for any given role.