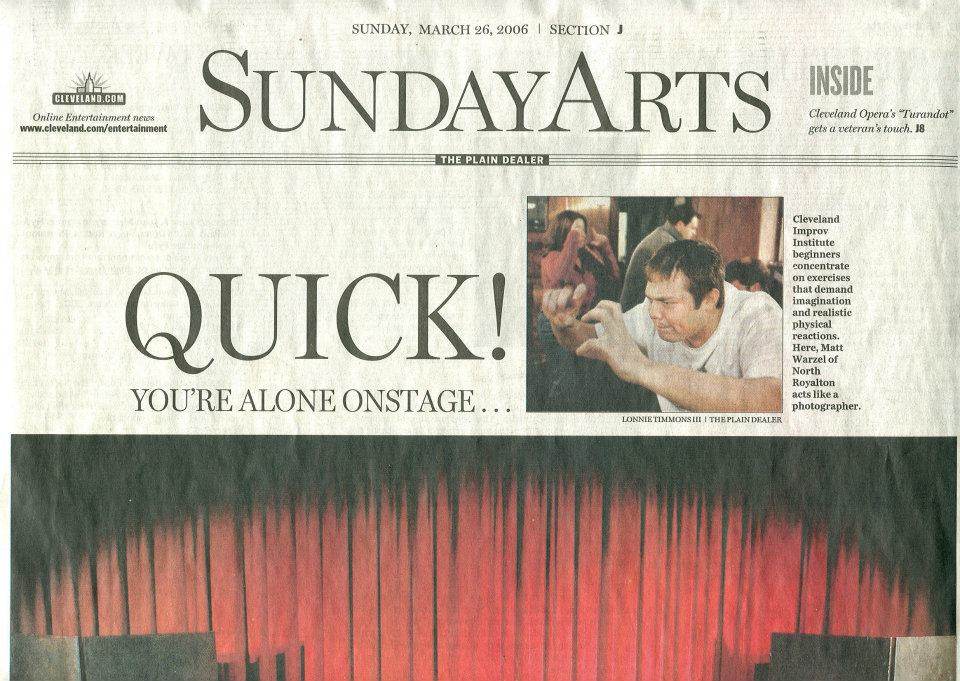 📰 That time I was in the local Cleveland Plain Dealer for an improv class feature.


𝗙𝘂𝗻 𝗳𝗮𝗰𝘁: This was the first round of improvisation classes I ever took. Until this point, I had been only doing standup comedy and some minor acting roles. This was probably class #4 and the local paper, the Cleveland Plain Dealer, came to do a feature on the Cleveland Improvisation Institute. I was fortunate enough the be the actor they used for the print! It was wild! This was also when I lived in Cleveland, about 2 years later I was to leave for sunny Los Angeles. Since then, I’ve been in classes with Improv Olympics (IO West), Groundlings, and Second City (LA). I also started my own improvisation class, the Wilmington Improv, when I relocated to Wilmington, NC. I had a nice 4-year run until I closed its doors to focus more on my business, MJW Careers.

If you are a professional who wants to:

🎭 Learn to be quicker on your feet

🎭 Learn to work as a team

🎭 And just have a blast with a ton of organic laughter

🤔 Then you might want to check out a local improvisation class. You will learn things about yourself you never knew existed.

Scary? It can be. Until you are thrust into the spotlights with your fellow “players” and realize anyone can do this.

Trust me, it’s well worth it. I promise.

Chime in over here, leave some thoughts!